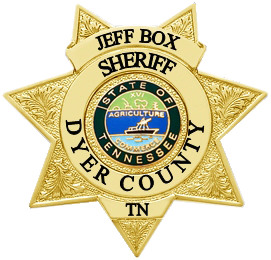 In promotion of the Fight Crime Invest in Kids initiative, the Dyer County Sheriff's Office in its continued effort in youth education has established a Lunch with Kids mentoring program was established in 2012 uniting Sheriff’s Deputies with students in the School System. The aim of the Lunch with Kids Program is to build positive relationships between the youth and law enforcement officers in an attempt to provide these adolescents with support and guidance. The positive influences of forming a mentoring relationship with a law enforcement officer is intended to help these kids at a younger age consider the consequences of their actions and to encourage them to make positive decisions.

The program incorporates bi-weekly lunch meetings within the school where the relationship between the students and deputies could further develop. After lunch, deputies and other volunteers may conduct educational programs to further interact with the elementary kids to help promote this positive influence.

Throughout the year, other activites may be planned with the school students and the Sheriff's Office in areas of safety, drug awareness and crime preventions programs.

Message from the Sheriff